Rococo is a testnet for Polkadot and Kusama parachains. We have a live testnet named Contracts as a parachain online there. 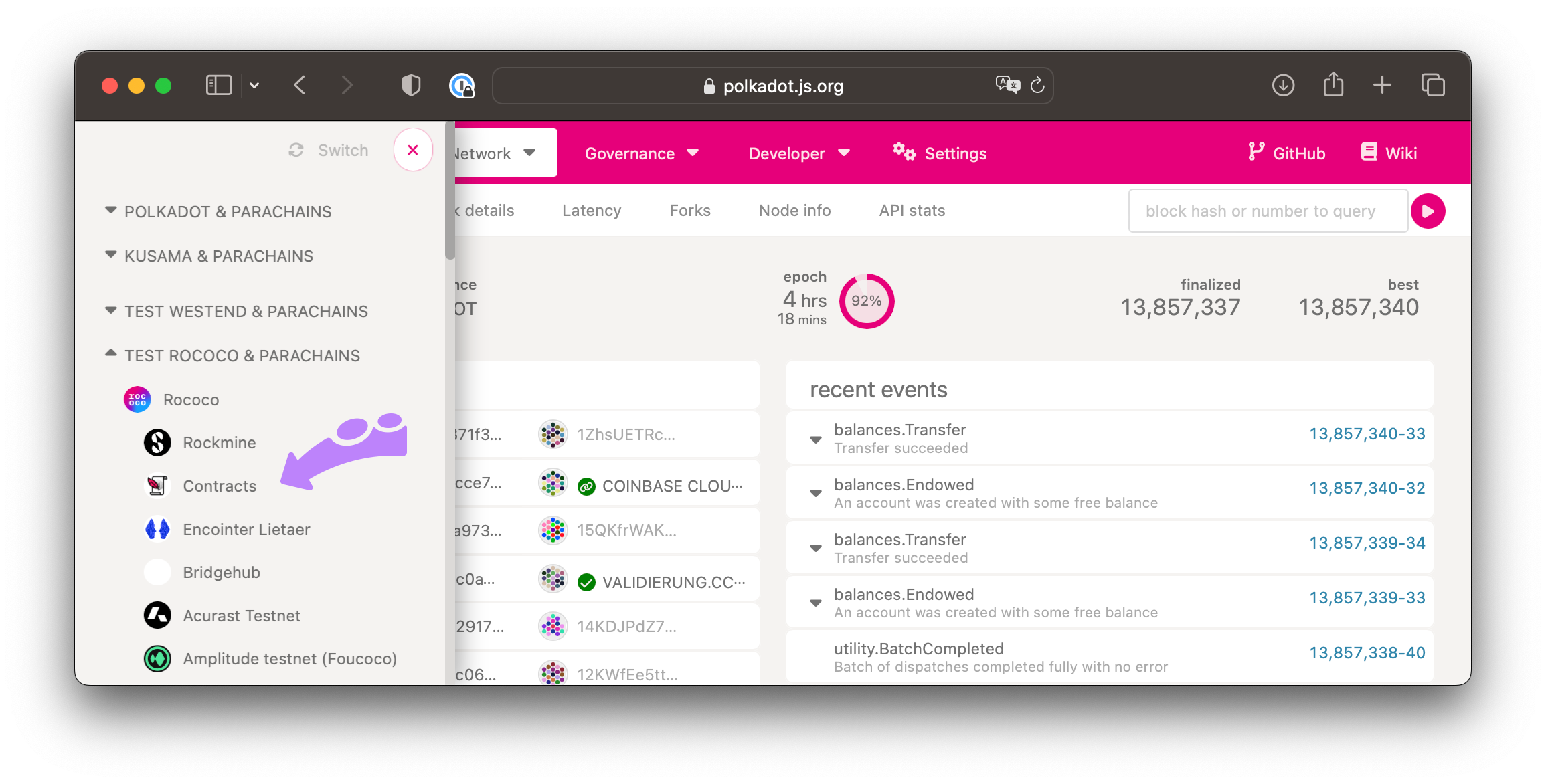 What is the Contracts parachain?​

The code for this parachain can be found in the cumulus repository. Our parachain uses the Rococo relay chain's native token (ROC) instead of having its own token. Due to this you'll need ROC in order to deploy contracts on our testnet.

As a first step, you should create an account. This can be done via command-line tools (e.g. subxt) or via a wallet (e.g. with the polakdot-js browser extension). See here for a detailed guide.

As a second step, you have to get ROC testnet tokens through the Rococo Faucet. This is a chat room in which you need to write:

The number 1002 is the parachain ID of Contracts on Rococo, by supplying it you instruct the faucet to teleport ROC tokens directly to your account on the parachain. If you have some tokens on the Rococo relay chain, you can teleport them to the Contracts parachain on your own. Read more on teleporting assets here.

If everything worked out, the teleported ROC tokens will show up in your account. In case you are using the polkadot-js frontend, you can see them under the "Accounts" tab for Contracts. 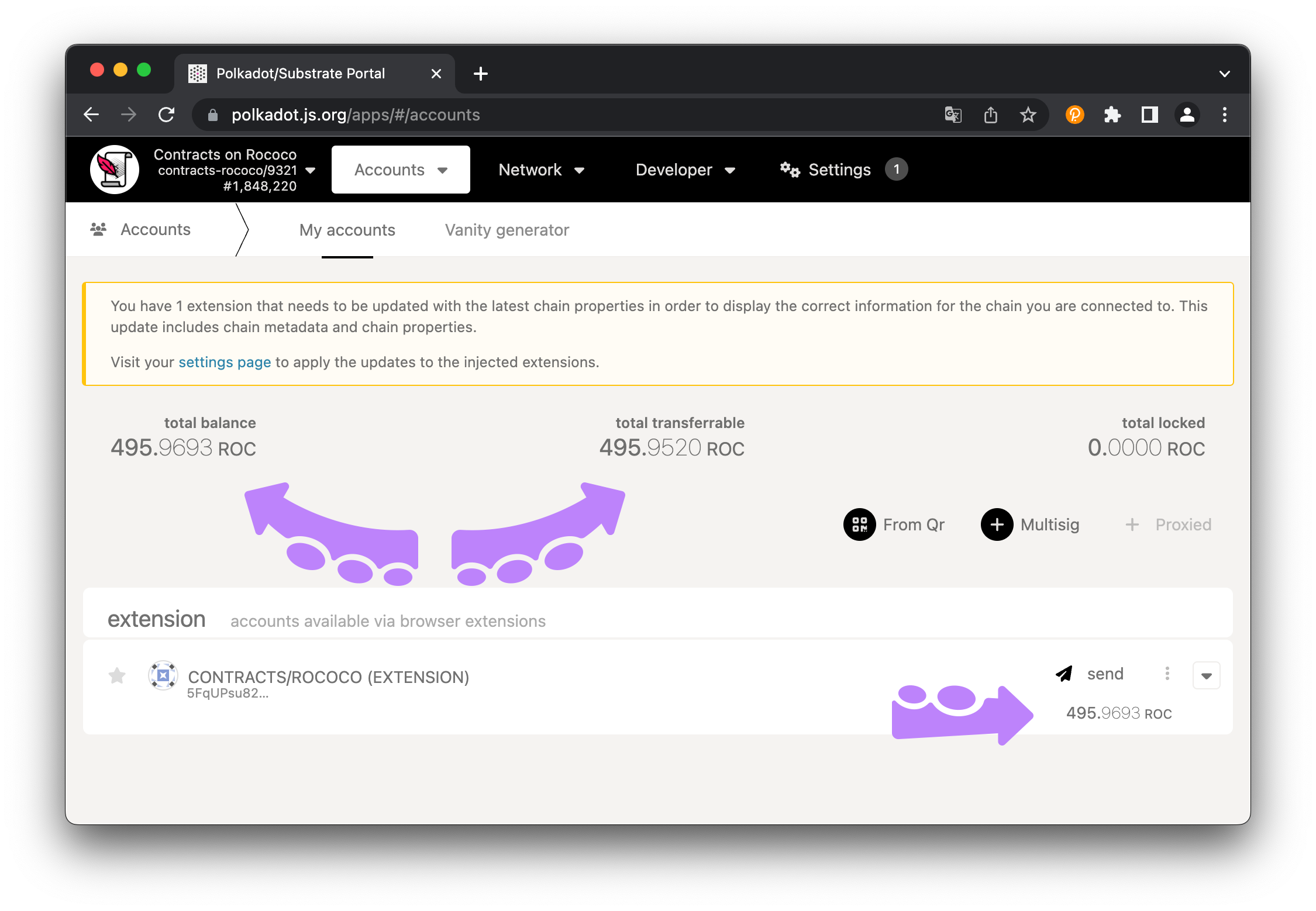 Once you have ROC on Contracts you can deploy a contract nearly as you would with a local developer node. The only difference is that you can't use pre-endowed accounts like Alice or Bob, you have to use the one you generated instead. 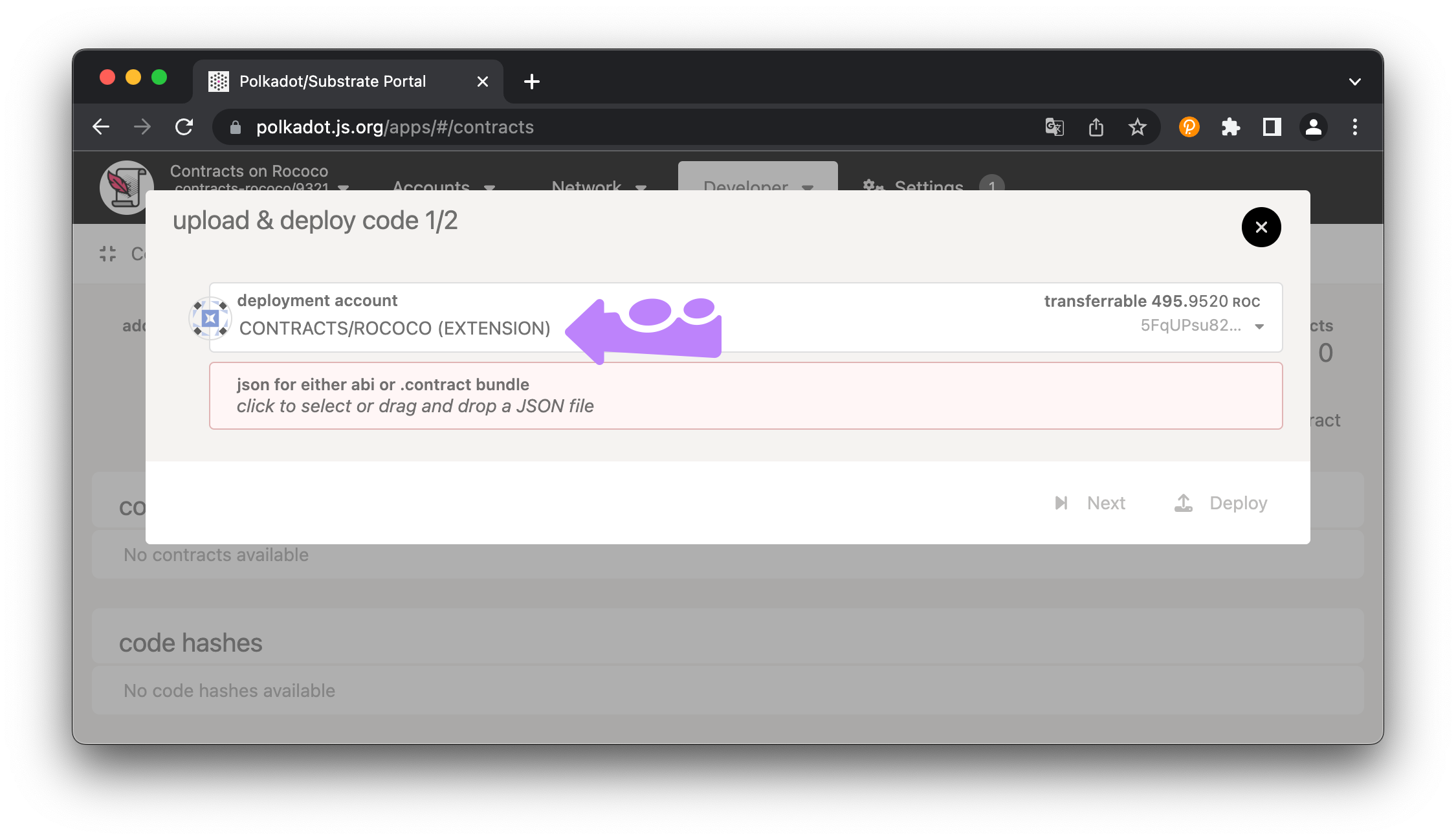 You can also deploy your contract from the command-line via cargo-contract. Make sure you are in the folder of your contract and that it has been built recently. Then execute:

See the cargo-contract docs for a more detailed documentation.